Before I begin, I must state that this is one of my favorite albums. Hence, this post, or series of posts, is titled "album thoughts," rather than "album reviews." Now let's get started.

It was a warm summer evening about 4 years ago. Probably warm, probably hot. I didn't know, because I didn't go outside, but if you could look out of a window and say that it looked hot, then it looked hot. As I was wasting my precious youth on the internet, as your typical teenager does, my brother recommended to me a visit to a particular website. I forget the site's address, but I don't believe it's operating anymore either. Now, not often does my brother suggest I visit a website - in fact, this may have been a one-time thing. The website was one of those music recommendation sites, which asks quite kindly for some of your preferences and particulars of the sort of music you are in need of: the genre, energetic or relaxing, recent or classic, etc. Answering truthfully, that I sure was in dire need of soft poetic tunes, the first result this web service provided me was this album: 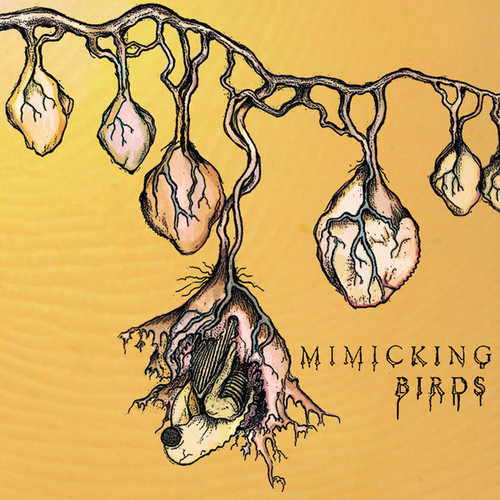 And that was the only time I used that website.

Keeping listeners along for the ride when trying to deliver a poem is hard - listeners listen at the singer's pace, and they aren't really trying to catch any sort of symbolism the artist is hurling, they're just trying to enjoy the music. So, to keep a listener interested, it is beneficial for those abstract lines to also include lines that are very general in their meaning, and direct with the delivery of that meaning, so that the listener has something easy to chew on, and can worry about the specifics later. Consider it like reading a poem through the first time: you don't register whatever bigger picture the author is going for, unless consciously attempting to, but you pick up on phrases that sound pretty and tickle parts of your brain right. In other words, an artist can't write something that can only be truly enjoyed after it's been read 5 times over and dissected to death. No one would do that willingly for a work that they had no initial interest in or appreciation of.

The opening with somewhat heavy but quite soft fingerpicking had me sold - I was going to love this album. Thankfully it wasn't all downhill from there, like many albums turn out to be. The rounding vocals delivering pretty abstract/symbolic lyrics come in with a irregularly feathered bass drum added some amount of mysticism. Of course, with this, it is still a fairly standard tune, not pushing any boundaries. The soft acoustic guitar with similarly soft vocals is perhaps one of the oldest tropes in modern music, and I might even considered it unbearably tired out. But there's one element to this track that saves the album from having it's first-time listeners from turning away due to boredom: immediately the lyrics jump into prose seemingly oversaturated with symbolism. This is essentially how the whole album rides.

In the second track, the space imagery really begins. Space imagery is a running theme in this album, and I fucking love it. Humans love personifying things, whether it's making the object of the personification feel more comfortable and familiar by imagining it human, or it's making humans seem more like the object of personification. Finding poetry in physical processes that can be related to human experiences is another common trope that Nate uses here, and personally, I find it has more of an effect in making the physical processes seem beautiful and worth appreciation than enlarging human problems to a celestial scale of importance, although both should be considered.

Things pick up in the next track, Burning Stars, as we see a (brief) depart from short, repeated riffs to heavier strumming and a bass drum on every downbeat for this more pop-leaning tune. It almost feels like a break from the poetry stuff, and it gives a lot of room for more relaxed enjoyment - light head bobbing, and light thinking. If this track wasn't in here in spot #3, it could be quite likely that listeners might be turned off by the repetitiveness of the album.

Pixels, track 6, is a really nice song. At 5 minutes and 14 seconds, it's the longest song on the album, and to me, it feels the calmest. It's really fucking great. Some people like to say it refers to humanity's impacts on the environment, especially with the references to Cannon Beach as a place that the speaker seems quite attached to (while also expressing some sort of guilt as being part of the problem, but being consciously in denial of that). 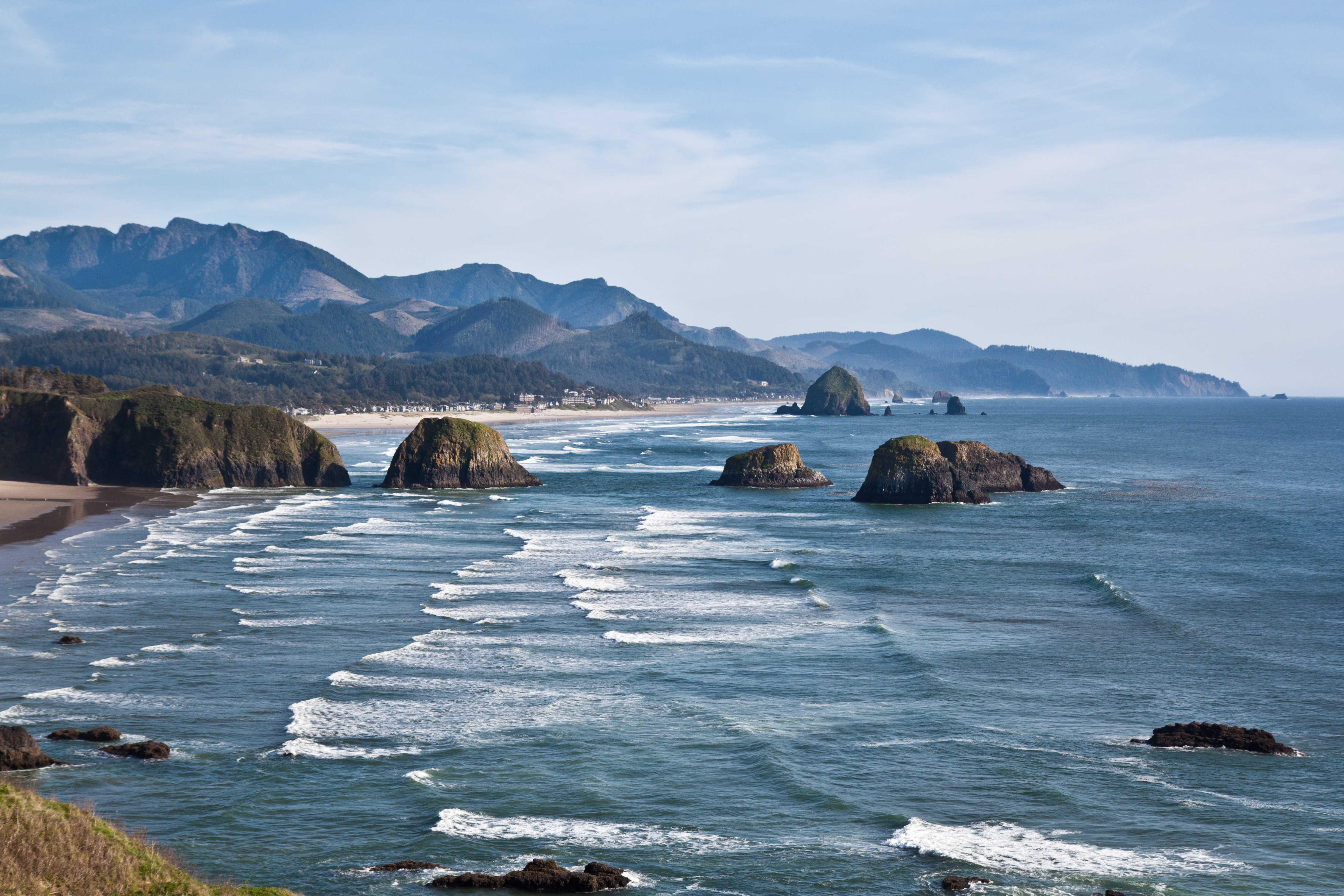 Cannon Beach, Oregon, USA
Between your coves and headlands, protecting this section of sea from the wind

I like to apply it to a more general idea, the idea of being something as miniscule and powerless as a human individual in comparison to the wonder of nature, and in comparison to all of humanity. It in a way can make you feel lost, insignificant, that sort of stuff. A real nice part of the track is, towards the end, the upturn in the tone, while staying somewhat melancholic, seems a bit energized after he says "...But growing all the time." And without ending the song there, he comes back in to say "Hard knowing what you're gonna be like," which if we think about for a second, seems a bit opposite to the previously mentioned line about being so sure that we're growing. I have no idea what I'm going to be like, but I'm supposedly growing? All the time, even? By repeating the problem after expressing some form of optimism, I see it as reassurance that yes, it is okay to not know what you're going to be like.You're growing, and will get there anyway. There are a lot of lines in this song that can be interpreted generally and specifically in plenty of ways; it's a field day for those that enjoy trying on lots of different kinds of ears to see how the words feel.

The last song I want to particularly refer to is Cabin Fever, the 9th track. I just wanted to mention that I really enjoy it. It's quite calm, and the words are nice.

The range of sounds in this album is rather narrow - this helps with the homogeneity of it, but for those that aren't fans of the lyrics, could make this quite a boring listen. The attitude is pretty consistent as well, and I think the tone fits for all of the categories of ideas that fill this album: melancholy, societal criticism, self-reassurance, and introspection.

Here's a selection of lyrics that I particularly enjoy -

Wishing as she swam
That her own moon be her only friend
But he too was swimming away an inch more every year
- The Loop, Track 2

When your ocean conditions are so hard to predict
All I know is that you'll be there
- Pixels, Track 6

Time fades slow
So I think so ridiculously
- Remnants and Pictures, Track 7